We're not as creative when it comes to costumes. Our idea for a Halloween outfit normally comes from a mall or Amazon. Convenient, easy and 0% creativity. Don't get me wrong. When it comes to the art department, I would consider Anna as top of the class. It's me that always convinces her that the store would be the wisest decision. 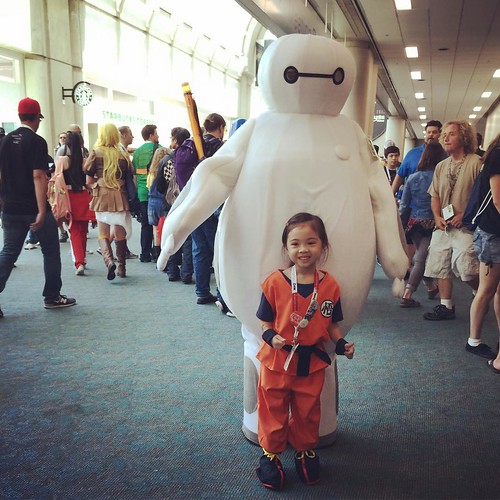 Considering we love to go to Comic-con, which is the biggest venue in North America when it comes to cosplay/costume. I would at least be inspired to create the perfect costume for our kids. But as a good parent, I do let my kids explore their minds and have a hand on the aesthetics of their wardrobe. And it usually does not end well. 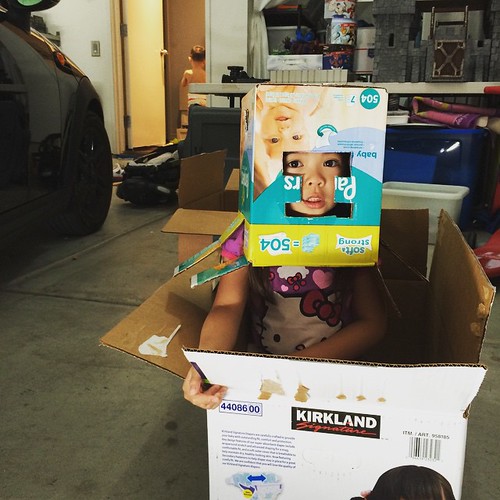 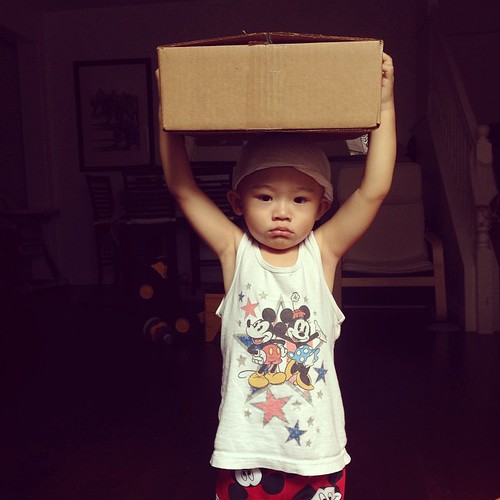 So this year. I had to go with the plan that works. The store came to the rescue. But at the last minute, Anna came up with a great idea for Adi. With only 3 days left, we had to come up with certain items. Walking dead is the platform, and Adi would be as Neegan. It was perfect! And I thought that Adi would be able to go to next years Comic-con wearing the same outfit. But getting the tickets would be first priority and that's a whole different story. 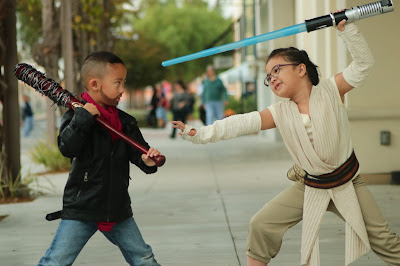 Happy came as Rey (Star Wars) and that was a last minute change. Luckily, that character was an easy find. We're surprised not a lot of kids were in any Walking Dead costumes. Maybe because of the violence associated with the series. And again having Adi as your kid would make Neegan seem like a puppy.