Having Adi and Happy clean up after their mess (mainly toys) is such a struggle. We constantly have to remind them that they need to tidy up. There must be a better way for them to remember, and I think we found a way. Enter the Elf in the Shelf. 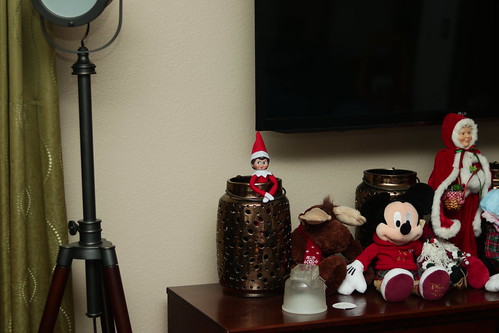 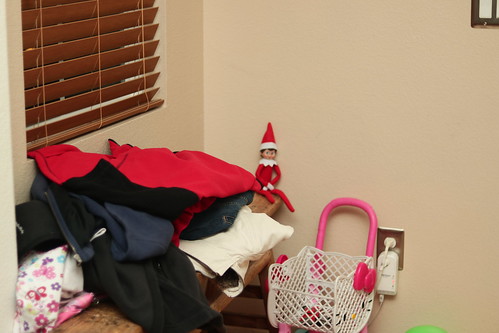 From then on, we started moving the elf. On Christmas day, the elf brought Santa's gift. But it never stopped there. We then had an idea to keep the elf movin everyday. It was fun for Adi and Happy for a few days, but closer to New Year, both kids are getting scared, since we told them that the elf maybe after their toys now. 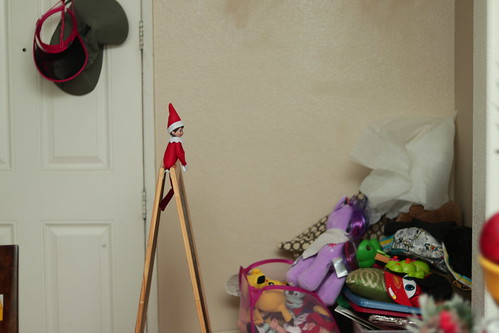 Adi would wonder why the elf hasn't made it's motif clear. But a few hours ago, I started putting some of their toys in a paper bag, dressed up the elf as if its about to leave. I then set my GoPro to record the upcoming events. 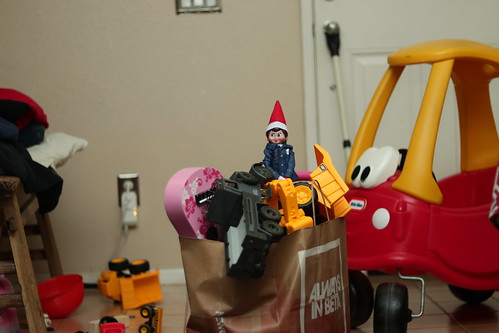