A few weeks ago we were in San Francisco with Marjorie just because. We should have started our #100pigoutchallenge at this time since it was the perfect place to gorge ourselves with endless treats of delectable and almost limitless choices of food that you can think of. 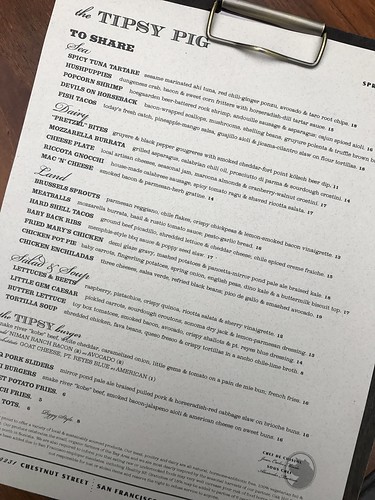 And the search for the best meals always come from either the internet or a friend's recommendation. One such place is called The Tipsy Pig. We looked at the menu online and find the selection interesting. And name did not really rang until we got there.

As it turned out, it's a place that serves craft beers--joint for hipsters. That did not deter us from eating, however. We were then pointed to our seats behind this hole-in-the-wall. 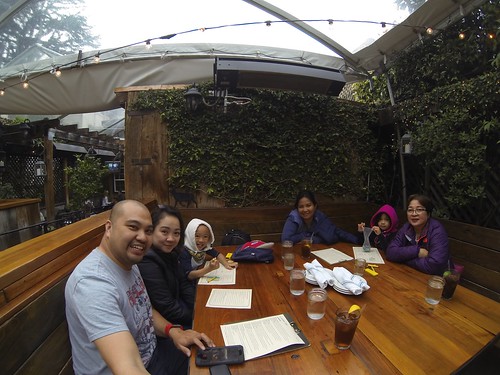 The cheapskate in me just kicked in and ordered a bunch. When they started serving the food, my eyes started to twitch with my inner voice screaming "These are f****** family-sized meals? Yeah if we're freakin' family of hamsters, that is!"

That's the most we've paid in a restaurant and were still all hungry. Solution? We headed to Fisherman's Wharf in an instant and filled ourselves with the needed grub.

And today, I prepared Anna's lunch and called it the hipster meal. I posted it on FB and IG and the way I described it is exactly like what trendy restaurants would do. After 20 minutes of dropping it off, I asked Anna how it was. She said it was good, everybody loved it and gone in an instant. 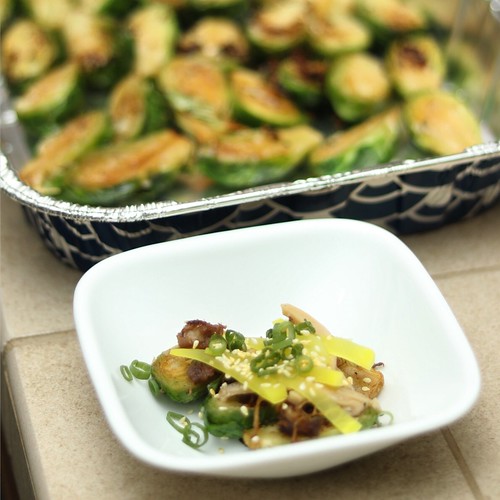 We're out on a mission: after our Benihana experience, we decided that we will not be eating in the same place twice until 101st. We have to chow down in a different one each time we decide to dine out.

#100chowdownchallenge all began about a couple of days ago when we wanted to  eat at Kula but the typical one to two hour wait was just unbearable.  So option two was next door -- Dumpling Inn Shanghai Saloon. 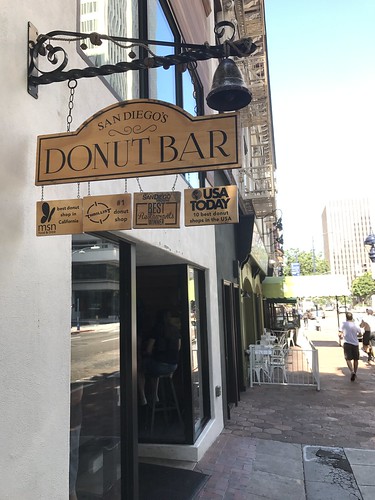 One down side of this challenge is if we end up ordering one that we'll end up not liking, or something we would really like and crave but will have to take a while before repeat since the challenge prohibits it.  Double-edge challenge of our own choosing.

So far, we've these for are crossed-off: 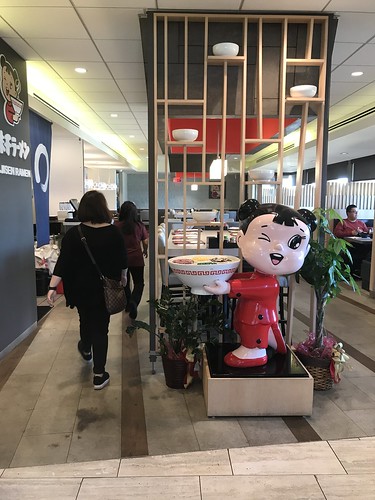 
Another down side would be including fast food chains in the challenge like Micky D's which is our staple quick fix joint and our typical caffeine booster when out and about, Starbucks.
Posted by Brian & Anna at Tuesday, May 23, 2017 No comments:

It's been bothering me all day. As if there was an after taste that lingered that kept me thinking about it. Last night, we went out with our co-workers for dinner and Benihana was their choice. Anna has gone before but it's been years and I haven't.

I did had my doubts about the place. Anna said she'll leave it up to me. I hated the thought that we're going out to eat at a place with price that doesn't match the taste and will eventually regret it. Days prior, I tried to convince the whole party to rethink and maybe just go somewhere else. I tried suggesting going to a Korean Bbq place and even Kula, all to no avail. 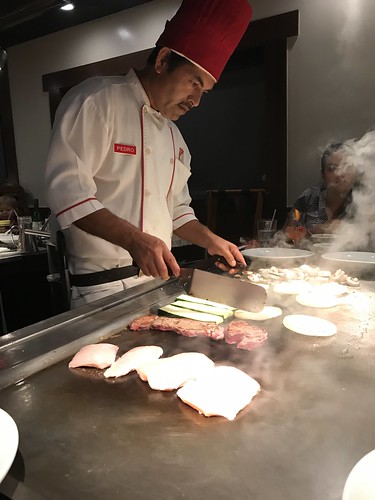 This would be the first and last time that I would let a non-Asian decide what Asian restaurant to eat at!  There's so much angst in me right now that I can't even properly put into words how I feel. It was as if I were to invite a Mexican friend and tell him let's eat good tacos and burritos, then head to Taco Bell. Or go to Texas for steak, only to end up at the nearest Outback or Applebee's.  Seriously.

Say I may not be the best person to give recommendations about good restaurants, but I've had my fair share of having been to really good ones - expensive or not, plus the fact that I can make mean meals sans recipes. I love food and we love to eat. We would even travel hundreds of miles just to have a taste of some extra ordinary food we saw either online or some TV food show.

Benihana is like Chuckee Cheese for adults. You don't go there for the food, you go there for the entertainment. And that "entertainment" is a good fraction of what you're paying for.  I'm too old to be entertained by flaming volcano onions and flying shrimp tails, quite honestly. I won't mind driving all the way to San Francisco to try that extra ordinary chicken, because I know it's worth the trip. 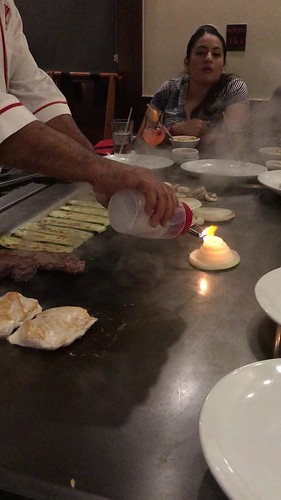 I ordered Hibachi chicken and scallops for Anna. I was not impressed with either. The fried rice was like the one I make at home on weekends. I even put that entry on my Instagram. 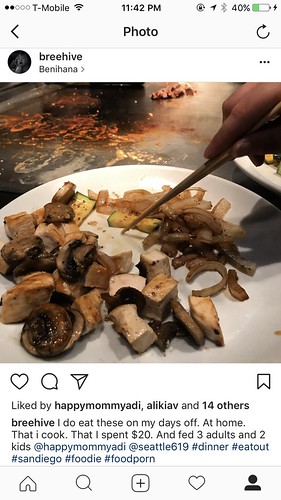 I need to end this. Never again Benihana. You're that awkward date that I swear I should have cancelled and never bother. I don't even want to be friends with you. Saying you're a mediocre is me being nice trying not to hurt your feelings.  Good riddance.  However, I'll still give A++ to Pedro and his team for trying their dibs at entertaining us despite being too damn tired flippin'.