Our costumes this year were easy. Happy wanted to be a pirate and Adi for some reason wanted to be a Target employee. His reason: because they carry walkie-talkies. 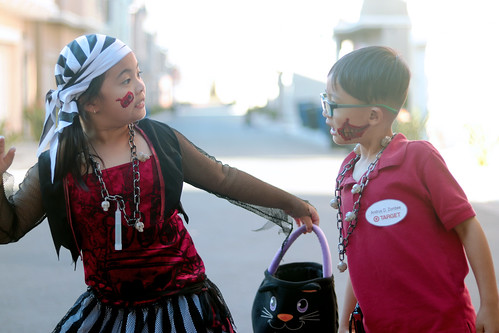 However, we did not want it to be too simple!  So added a twist and made him to be a zombie... from Target! Anna and I wanted to step into the dressing part too since it was an easy DIY costume. We even came up with a back story for him on how he became a zombie. 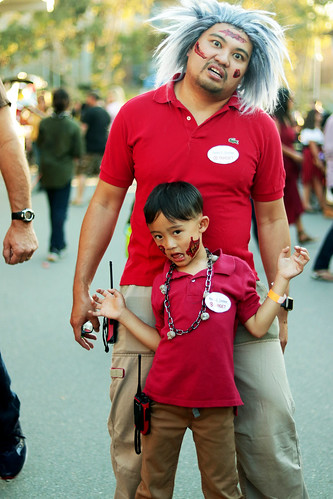 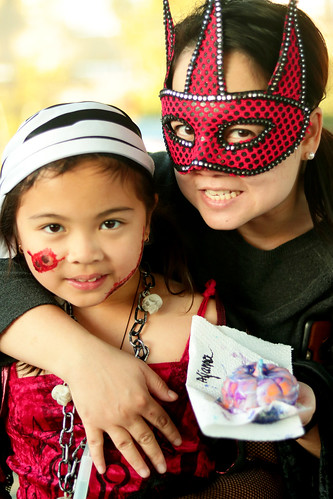 We did our trick or treating by Mater Dei's parking lot where they had "Trunk or Treat" event going. There were activities and tons of kids. And it was just walking distance from our house so we did not even have to go far. 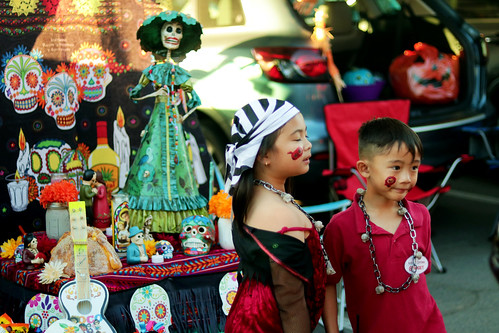 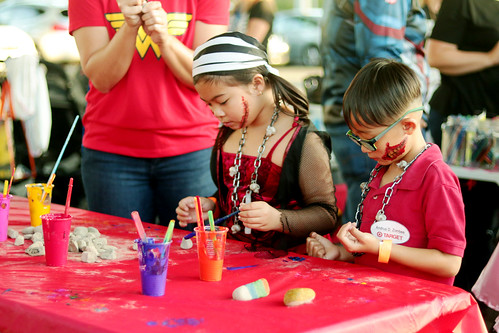 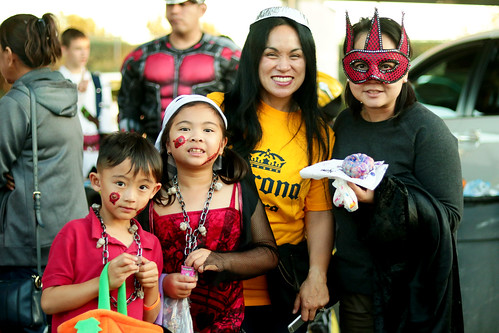 On our way home, the kids decided to the do the real trick or treat: knocking on everyone's door in our neighborhood. Now this was their first time, and even ours. We weren't even expecting that most houses would have candies.

It took us about less than 2 hours to get things done and by then it was already dark outside/  To our surprise in that short time, their bags were filled out all the way to the brim all from our tiny neighborhood. They even handed out their own candies to other kids that they passed along the way. 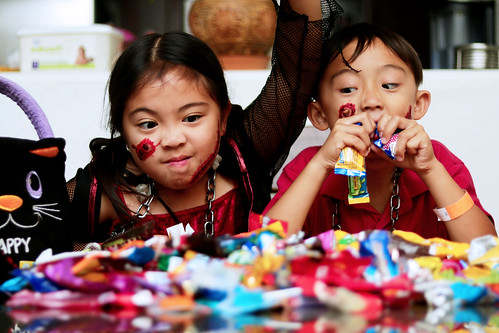 And when we got home, we had to let them know that 80% of their candies will be given out. They were happy since they both know it was too much candies and they don't get to eat much, too, anyway.  Like I always say, it's the act and feeling of having earned all these candies that satisfies them. Not having to eat and over indulge in the sweetness.