Learned my lesson not to wait till the very last minute. A few days ago I was in a virtual line waiting for my Comic-con tickets. Now, I'm back waiting for concert tickets. 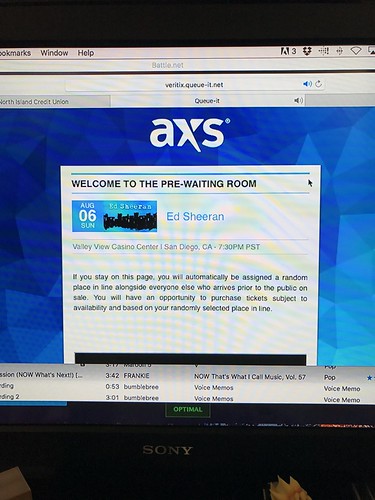 Lucky I was off this day and when I went over to AXS.com, there was a tab that says "Join the waiting room". And the most logical thing to do is, hop on.

While I'm patiently waiting, I'm putting an entry in and just crossing my fingers that I won't get ridiculous ticket prices this time. 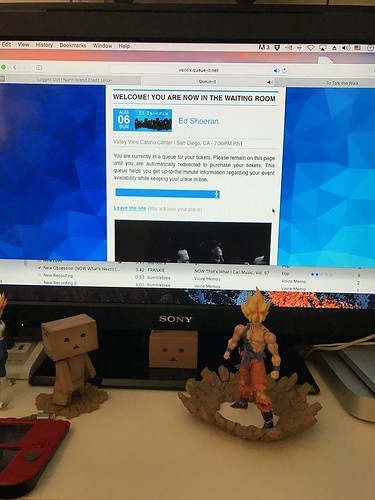 Now this is just unacceptable. At least with Comic-con I was able to buy tickets. They had me on a virtual waiting room for 30 minutes. At exactly 10 AM, I was then shown a line how far off I was. 5 minutes after, i was then shown a screen with an option of how many tickets I want. I chose 2, but it says that there's no tickets available. I then proceeded choosing different options and choices, but it just kept telling me that there's non.

Thinking it was a glitch, I did the same procedures on another computer and even my phone. Both gave me the same results. I then decided I need to head out to the box office. 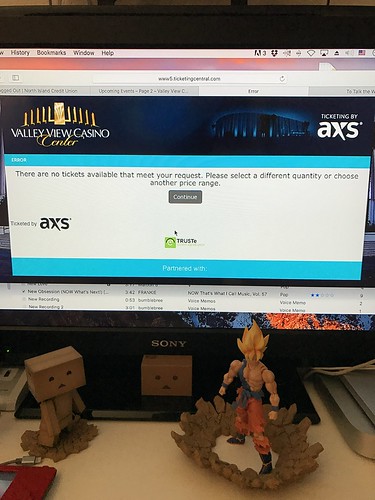 After picking Happy from school, we immediately went straight to the Valley View Center box office. To my surprise, there were only three people ahead of me. But they were there for another event. When I went to buy the tickets, the lady told me that the tickets sold out in mere minutes right after opening. People were lined up from 6 in the morning. 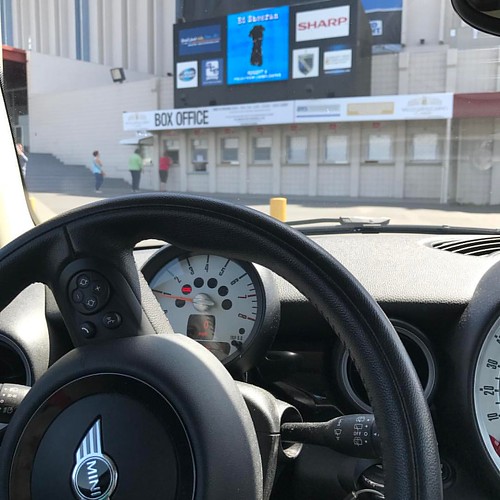 To my dismay, me and Happy just ate our Chick Fillet sandwiches. And since I did not want to go home empty handed. I just bought the next best thing that was available, The Chainsmokers.

But the thought of going all the way there for the Ed Sheeran tickets and not getting one was just too much. I looked up online, and the ticket prices on StubHub started creeping up. In mere hours, the prices immediately went an extra $20 up to $100 on other sites. And that was the trigger.

By the end of the day. I got what I wanted. And the photo below shows who's really happy (in a way). 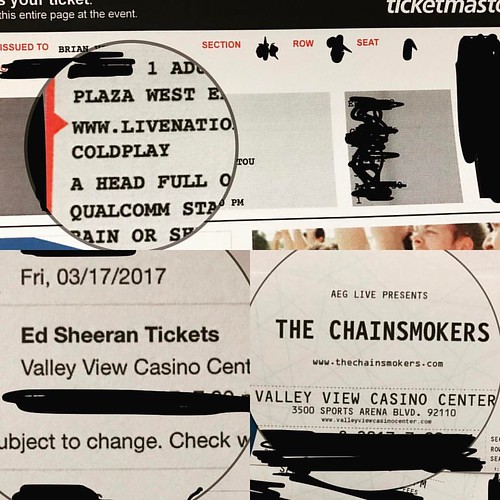