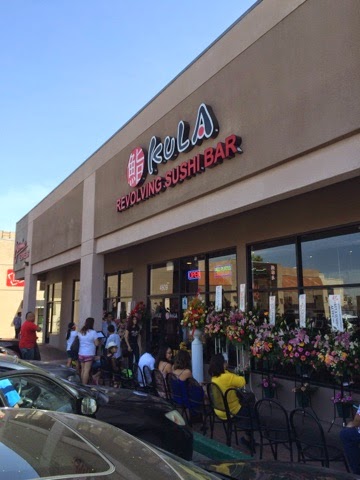 They've been around in Cali, but most of their restaurants are located in LA. It's their soft opening and the line was an estimated 45 minute wait. I could just imagine what it's gonna be like on the grand. For me, it's another joint that serves sushi and maybe this is just a hype that San Diegans are clamoring about. Then they have a neon sign right by the door that says "$2.25 per plate". That made me think twice, just because the cheapskate in me kicked me in the nuts. 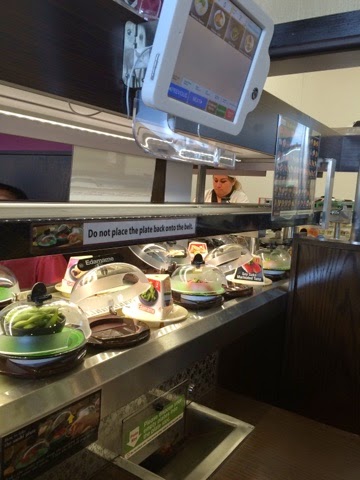 It's a lil on teh hi-tech side compared to the fancier one we've been to in LA. What i like about here is that they also serve ramen. You just order it through the screen. It's nothing fancy like in Tajima or Under Belly but a more straight forward one served in small portion. 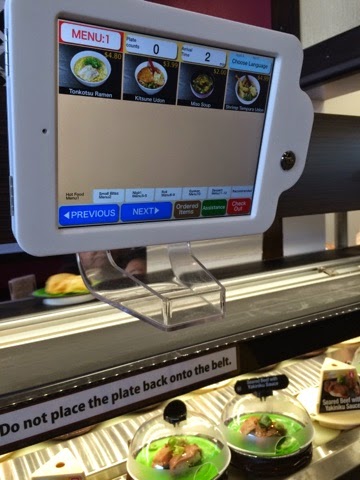 There were three of us so we chose the booth but there's also a bar typically seen in Japanese restaurants. 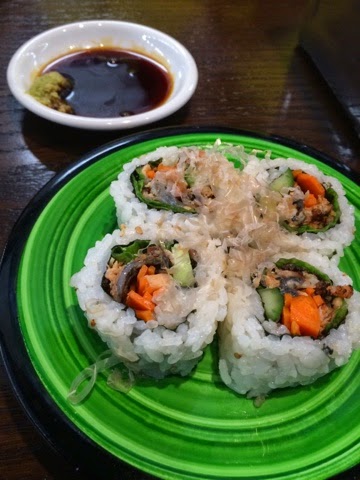 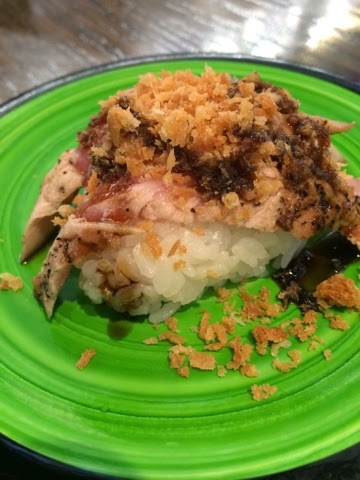 The concept is nothing new, but their technology is very innovative and practical. There's very little contact with the customer and staff anymore. Maybe the occasional buzz because you just want to ask what's the ingredients on a particular sushi and the checkout part where they would bring you your receipt. 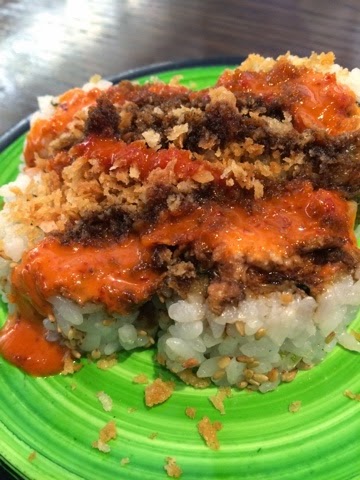 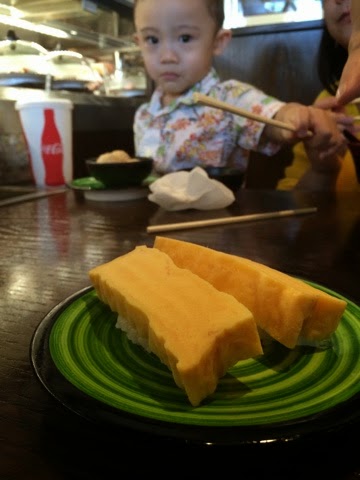 And since the food goes around, it's practically in your face all the time. And if you're super hungry, you would just constantly grab every single plate that would fancy your palate. Next thing you know, you've already reached 10 plates. Good thing about this is, after 15, you get a prize. A small red ball with some novelty item inside. For us, it took 11 plates till we said quits. But we're so close, we had to stuff our bellies with four more. 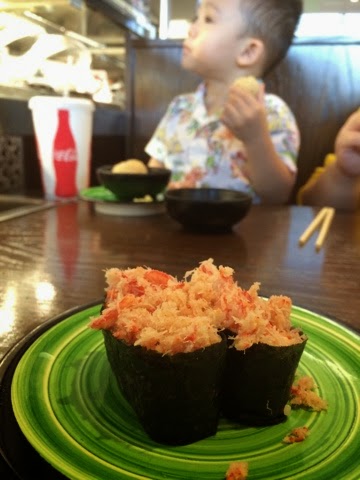 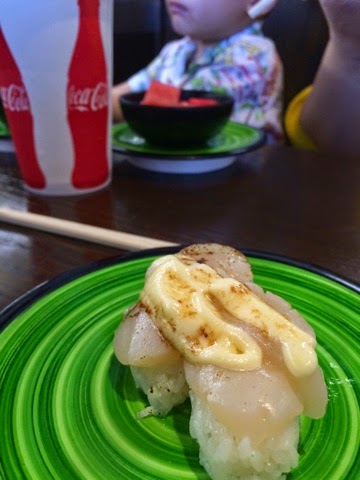 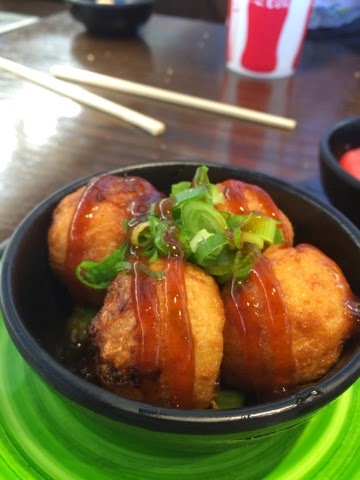 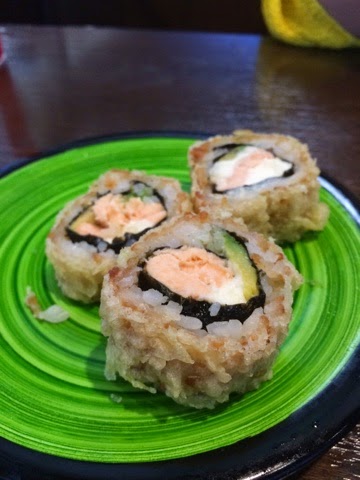 The choices for the desserts were very limited and a bit pricey. Correct me if I'm wrong but I did see some 2 scoops of ice cream for $2. I would just go to Walmart and grab me a Ben and Jerry's instead. 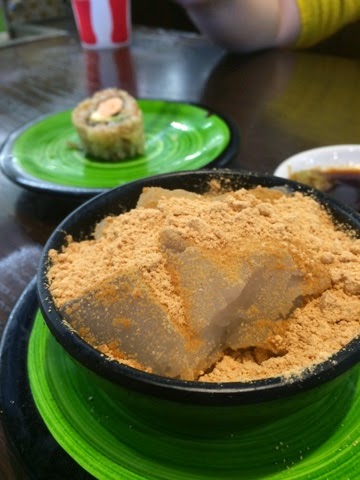 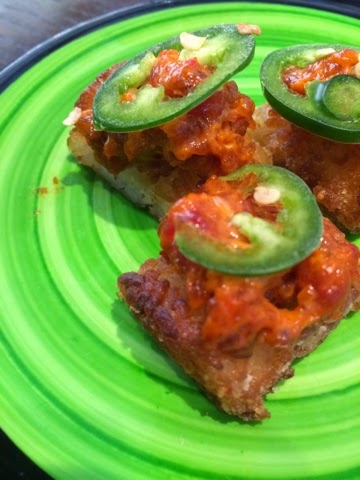