Happy is into Lalaloopsy now, but those things are expensive. Luckily, I was able to find a seller on Ebay that sells mini Lalaloopsies. They came all the way from China, loose and comes with almost 90% off for each figure.

When I got them at the mail, I hid them first and decided i'd give it to her one at a time as a reward. The first two figs I gave her, she did not recognized and ask why are they not in a box and ask who were they. I had no idea too, since they came as is and no sort of identification. I looked them up online and Happy said that each part seems like a different Lalaloopsy character. 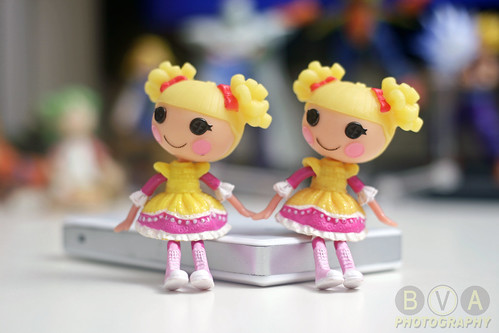 We then dubbed these two as Holly 1 and 2.

I then took a picture of each and showed it to her pretending I'm looking them up online. She had the same look on her face trying to figure out who were these unknown Lalaloopsies. I'm now stuck with 8 other unidentifiable Lalaloopsies. It then occurred to me that she needed something to boost her Filipino vocabulary. What better way to incorporate it to her toys. Thus Kulalaloopsy was born aka kulasa. 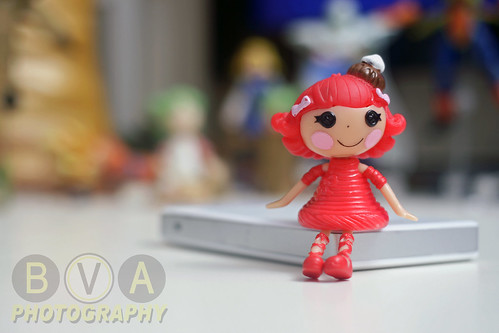 We then told her that she's a foreigner from the Philippines that only speaks Tagalog and doesn't understand English at all. She needs to communicate to her in Tagalog for Kulasa to be able to play with the other Lalaloopsies.