It's preview night, but I'm already gearing up as early as 3AM. I had to, since i ask a few favors and the only possible way for me to be able to get this is by going at the convention center at 6:30 in the morning (9 hours earlier before the official opening of the con).

I had to pull a few strings this year since I'm so desperate. 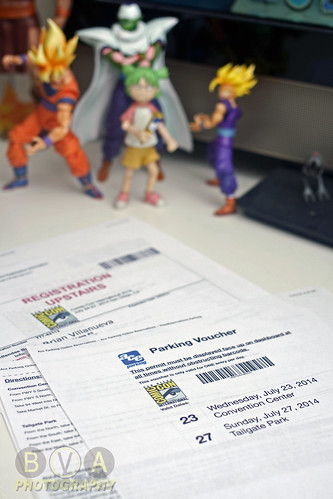 I was supposed to sell my tickets, but had a change of heart. One thing is, I'm not as excited that i used to be. Oh well, as long as i have fun.
Posted by Brian & Anna at Wednesday, July 23, 2014